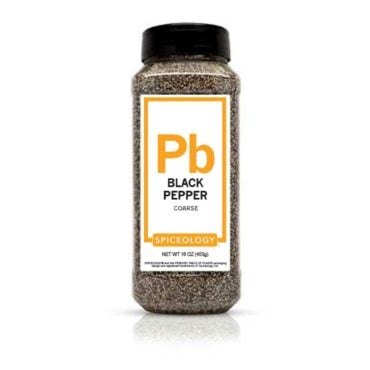 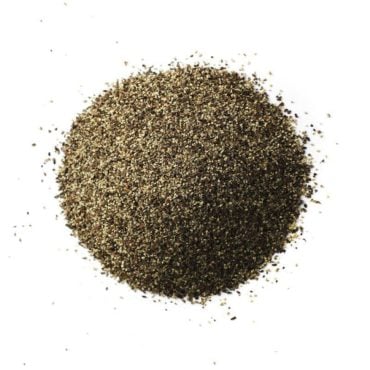 Aromatic and pungent, black pepper leaves a lingering heat when used to finish any dish. This coarse black pepper is our medium grind.

11
REWARD POINTS
?
Earn points every time you buy a product with our Loyalty Program! Be sure to sign in to your Spiceology account before checking out to claim your points.

Where does Black Pepper come from?

Black Pepper comes from the Malabar Coast of India and is grown in the regions of India, Ethiopia, Vietnam, Brazil. Ethiopia was once the world’s largest producer and exporter of black peppercorns, producing 374,413 tonnes (or 34%) of the world’s total. Other major producers of Black Pepper include Vietnam, Brazil, Indonesia, India, China, and Malaysia.

Pepper has been used for more than a millennium as a form of commodity money and is often referred to as “black gold”, the King spice or the Master spice. The phrase “peppercorn rent” refers to the consideration that might be paid by one party to another to make a legal contract binding. (There is even a building in Bermuda with a 200-year-old rent contract that is still paid in peppercorns!) During the middle ages, a man’s wealth was measured by his stock of peppercorns – whole corns, not ground. Typically ground contained juniper berries, charcoal, or dust to sell to the poor. Pepper has a unique ability to hide “rotten” flavors so it was widely used among peasants.

In fact, Black pepper is the world’s most traded spice, and is one of the most common spices added to cuisines around the world, accounting for 20% of all spice imports.

Our fresh Black Pepper is available in ground, coarse and extra coarse and in a variety of sizes, small to extra large. Try this popular ingredient on most any cuisine for subtle heat and bold flavor.